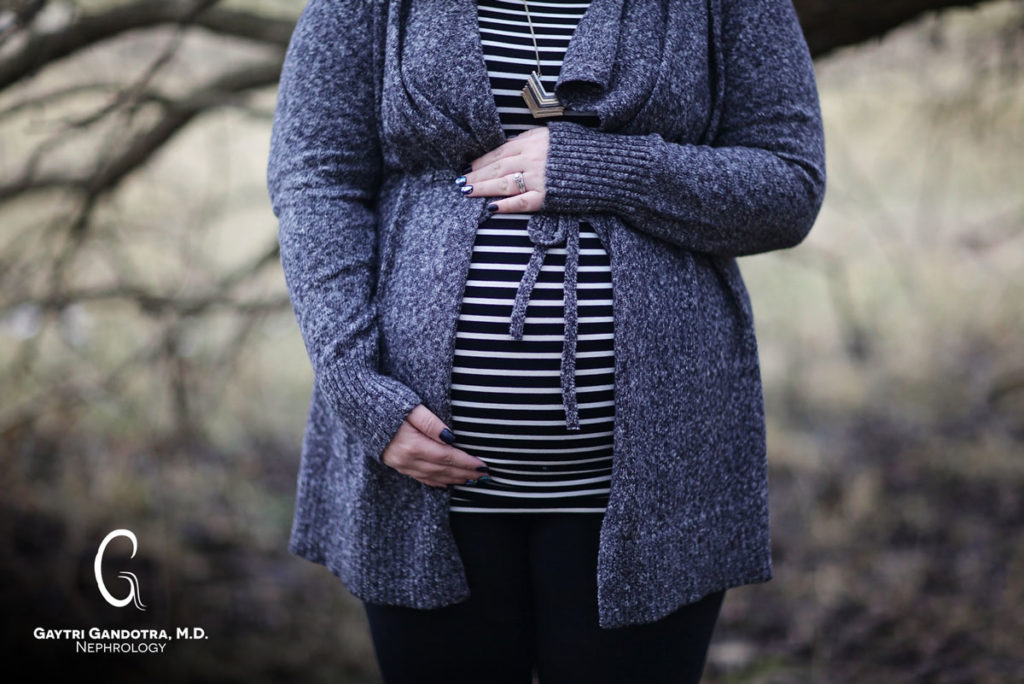 As blood volume expands during pregnancy, blood pressure begins to decline within the first trimester. It will most likely reach its lowest point during the second trimester because of blood vessel dilation.

Erythropoietin is a hormone (produced in the kidney) which stimulates bone marrow to produce red blood cells. As kidney function declines, erythropoietin production also declines. This can cause some patients to become anemic.  Anemic patients often experience fatigue, weakness, and shortness of breath.

Finally, because of the increased blood volume during pregnancy, the kidney size may also increase from 1 to 1.5 cm. The collection system in the kidney may also dilate and potentially lead to an increased risk of infection or asymptomatic bacteriuria. Therefore, screening for bacteria in your urine is recommended early during pregnancy so treatment can be given if necessary.

If you are having any issues with your kidneys during pregnancy, please schedule an appointment at (714) 435-0150 for a consultation!